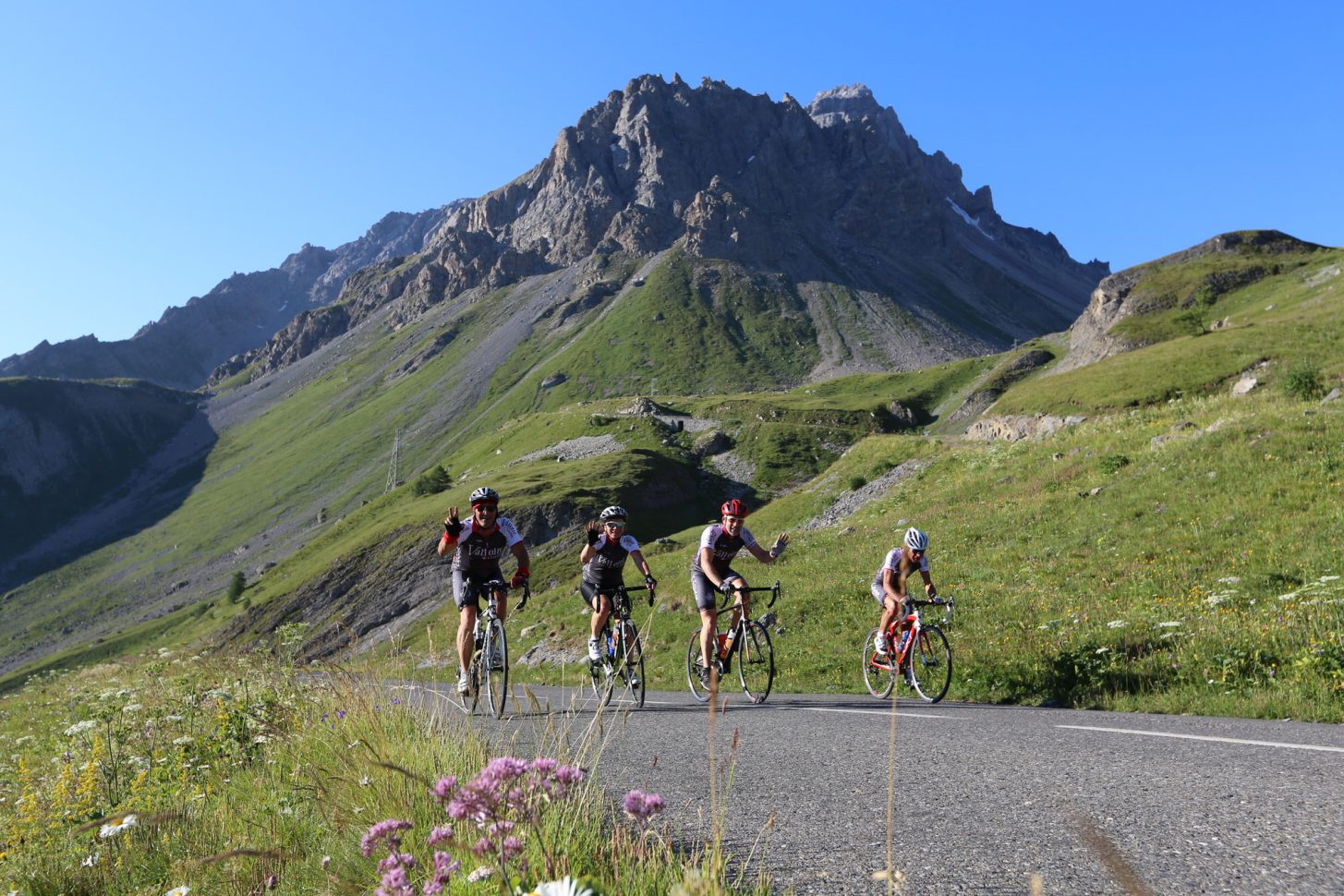 Valloire is an essential location for any Tour de France fan, as the Tour’s riders have climbed the Col du Galibier (2642 m) on several occasions. 2011 will remain a memorable year, marking the 100th anniversary of the Tour de France’s first crossing of Le Galibier. The Col, which has since become famous, has been crossed 58 times, 34 of which 1947, which makes it the most frequently crossed mountain pass in the Alps.

As soon as it opens, solo cyclists or groups tackle the 17 km ascent from Valloire and soak up the spectacular views that open up to them!

Located between the departments of Savoie to the north and Hautes-Alpes to the south and connecting Saint-Michel-de-Maurienne via the Col du Télégraphe to Briançon and La Grave via the Col du Lautaret, cyclists climb 17 km alone or in groups from Valloire and soak up the spectacular views that open up to them!

Every summer, Valloire plays host to no fewer than 10 international cycling competitions that start from the resort: La Supergranfondo – La Haute Route – the Savoie Mont Blanc stage of the Tour de France and more.

Holidaymakers staying at or passing through Valloire can make the most of their holiday destination at only 17 km from the slopes of Le Galibier!